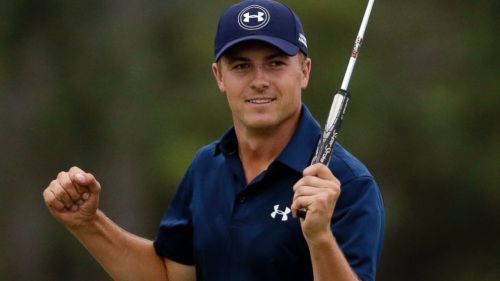 As a junior golfer, Spieth won two US Junior Amateurs.  He and Tiger Woods are the only two to ever win this prestigious national championship multiple times.  Tiger won it 3 straight years and then won 3 straight US Amateurs titles (1991-1996) before turning pro.  It proves that junior golf can lead to greatness!

All of today’s excitement also helped Emmett Weil to victory in the NCJT Masters Pool for tour members.  He team finished 53 under par and he won by 4 strokes.  The final results for this pick 6 contest is below.

In the second NCJT Masters contest, which was open to anyone and a pick 12 player contest, Devon Skufca took the title.  His team finished at 77 under par and he won by 5 strokes.  In this contest Emmett finished last, after winning the other pool.  Crazy stuff!

Here are the final results: